Our Pastor and Leadership 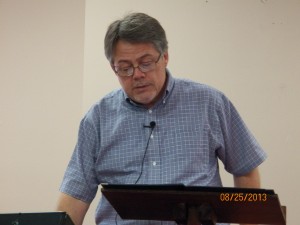 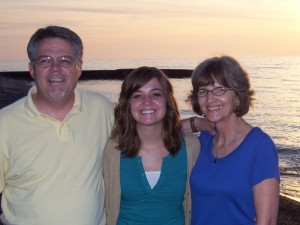 Steven is a longtime Millersport resident as well as the founder and head pastor of Millersport Covenant Church. Steve attended church regularly from childhood with the love, prayers, and encouragement of his believing parents, James and Eleanor Slocumb. At the age of 12 Steve dedicated his life to the Lord’s service while attending summer camp at Camp Otterbein near Logan, Ohio. As a young boy and through high school years, Steve showed an inclination toward leadership, frequently taking charge of anything from the neighborhood football team to the school’s journalism club. In every activity, Steve demonstrated his deep love for the Lord frequently mixed with a witty sense of humor.

After high school Steve attended Otterbein University and Ohio State University while working part-time or full time to pay for his schooling. He met and married his wife, Janet, in Lexington, Kentucky where he lived for several years, working in the manufacturing industry as a production foreman. During his time in Lexington, Steve felt a stirring to move back home to central Ohio where he would eventually plant a church in his home town of Millersport.

The first meeting of Covenant Church took place in Steve’s and Janet’s living room on July 5, 1987. For 12 years, Steve worked full-time at Licco, Inc. in Heath, Ohio as Operations Manager while simultaneously pastoring the growing flock. During this time he was able to complete his BA in Business & Organizational Communications at Otterbein College. Steve was officially ordained as a Minister in 1991, and was able to move to a full-time pastor’s role in 2000.

In addition to preaching and teaching, Steve actively and compassionately supports, through visitation and prayer, church members and local residents during times of illness and loss.  He has been invited to speak at numerous local events, and is looked to for spiritual encouragement by many who claim no particular church allegiance.   Steve uses his skills in communication and computer technology to send frequent prayer and event updates to a growing number of local and translocal residents.

Steve and Janet are the proud parents of Nicole Marie Bush who is a graduate of Mount Vernon Nazarene University. Nicole lives and works in Longview, Texas.  Janet, in addition to her role as pastor’s wife and loving mother, recently retired as a school librarian. 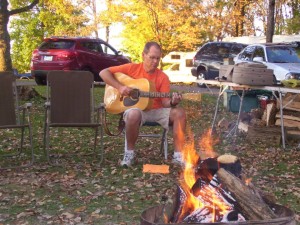 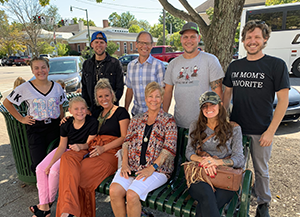 Mark Thogmartin, and his wife Donna have been with Millersport Covenant Church since its inception in July, 1987. During this time, Mark has served the church as worship leader, treasurer, and associate pastor. Mark dedicated his life to the Lord’s service in the spring of 1972, and since then his relationship with God has taken the primary place in his life.

Professionally Mark has served as a classroom teacher, reading and math tutor, technology coordinator, and principal during his 30+ years as an educator in private, public, and charter schools. He has a bachelor’s degree in elementary education from the University of Kentucky, a master’s degree in reading from the Ohio State University, and a Ph.D. from Andrews University in Leadership. Mark’s book, Teach a Child to Read with Children’s Books, has gained wide acceptance among reading tutors and parents who are teaching their children at home. He also has written articles for several magazines and journals on the topics of home schooling and reading instruction. After retiring as a founding administrator of the Ohio Virtual Academy charter eSchool, Mark worked at Capella University as a dissertation mentor. He also worked for several years in the funeral profession.  Mark and Donna live in Millersport and are the parents of three adult sons.  Ryan, his wife Khali, and their daughters Kihryn and Kwynce live in Scottsdale, Arizona.  Jeffrey makes his home in Millersport as does Philip and his wife Sarah. 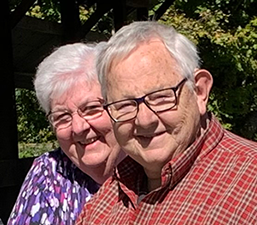 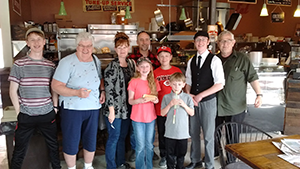 Tim Meek and his wife, Judy, have been associated with Millersport Covenant Church for over 20 years. As Deacon, Tim has responsibility for the maintenance and regular upkeep of the church facility. He also assists Pastors Steve and Mark with leadership issues related to the spiritual ministry of the church and its congregation.

Tim has extensive experience in the building trades, welding, and custodial maintenance. He committed his life to Jesus at the young age of 13 years, and he has served his Lord faithfully ever since. Judy and Tim are particularly gifted in the ministry of hospitality which they exercise to make all members and friends of the church feel welcomed and loved.

One of Tim’s passions is performing sleight of hand and ballooning shows for children and adults. “The Amazing Meeker” can cheer even the most hardened hearts with his comical antics while weaving gospel-related themes into his performances.

Tim and Judy have one adult daughter, Melissa. She and her husband, Mark, have five children, and they currently reside in Moscow, Idaho.