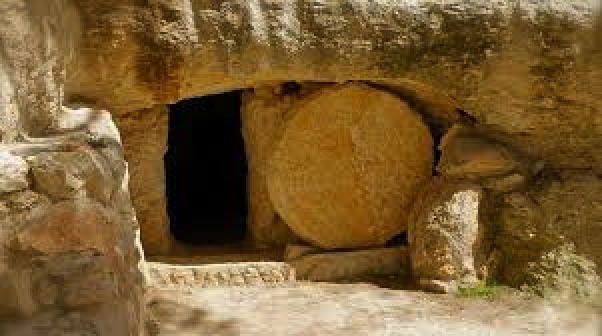 Writing to believers wavering on their belief in Jesus' resurrection and their own, Paul writes this in 1 Corinthians 15:3-8: "For what I received I passed on to you as of first importance: that Christ died for our sins according to the Scriptures, that He was buried, that He was raised on the third day according to the Scriptures, and that He appeared to Cephas, and then to the Twelve. After that, He appeared to more than five hundred of the brothers and sisters at the same time, most of whom are still living, though some have fallen asleep. Then He appeared to James, then to all the apostles, and last of all He appeared to me also, as to one abnormally born." (NIV) That's a lot of eyewitnesses! The fact alone that the risen Christ appeared to His skeptical brother James and the chief destroyer of the Church, Saul (Paul) should hush a lot of doubters but of course it won't quiet them all. For 2,000 years the saints have declared: "He is risen!" "He is risen indeed!" That'll keep happening because our Lord's tomb will always remain empty. And what does that mean for us? One Day terra firma as well as the waters deep will give up their dead. Every beautiful cemetery will be excavated with angelic shouts and trumpets heard round the globe. 'Dem bones (ours included) gonna rise again!' 1 Corinthians 15:54-55 sums it up like this: "Then, when our dying bodies have been transformed into bodies that will never die, this Scripture will be fulfilled: 'Death is swallowed up in victory. O death, where is your victory? O death, where is your sting?'"