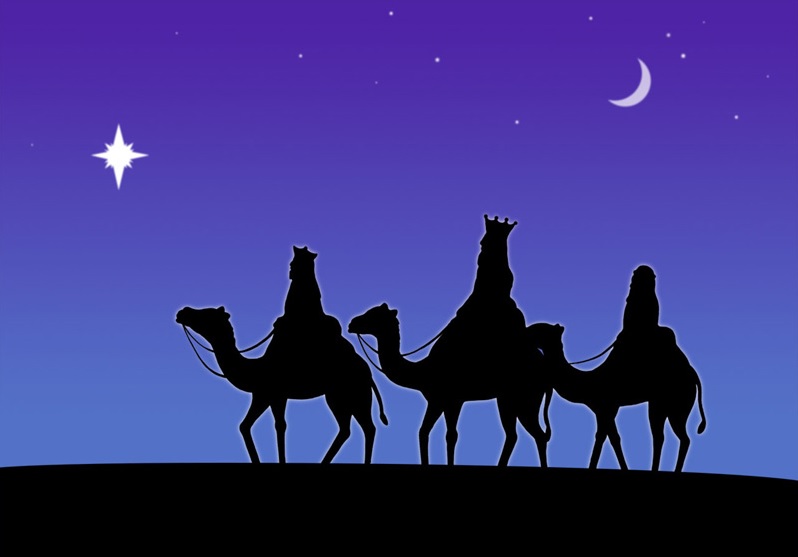 Matthew's account of Jesus' birth tells us about wise men (a.k.a. Magi) coming from the east to worship Jesus.  Just how far and specifically where in the east they came from, we don't know.  We do know they brought expensive gifts of gold, frankincense, and myrrh.  Because they brought three gifts, many have surmised there were three wise men but there may have been more.  We also know the Magi followed a star, a bright moving light of some sort in the sky that guided them to the place where Jesus was.  That of course was the little town of Bethlehem, a few miles outside Jerusalem.  What's most important in the story is what the wise men did when they found the Christ Child; they fell down and worshiped Him!  This was not and will not be the last time for bowing down before the King of kings.  Philippians 2:6-11 is a fitting summation for wise men everywhere: "And being found in human form, He humbled Himself by becoming obedient to the point of death, even death on a cross. Therefore God has highly exalted Him and bestowed on Him the name that is above every name, so that at the name of Jesus every knee should bow, in heaven and on earth and under the earth, and every tongue confess that Jesus Christ is Lord, to the glory of God the Father." (ESV)