The World: In It, But Not of It

The World: In It, But Not of It 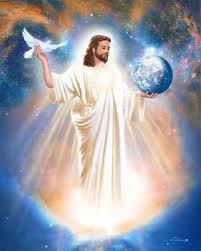 In John 17:14-18, Jesus prays for His own: "I have given them Your word. And the world hates them because they do not belong to the world, just as I do not belong to the world. I’m not asking You to take them out of the world, but to keep them safe from the evil one. They do not belong to this world any more than I do. Make them holy by Your truth; teach them Your word, which is truth. Just as You sent Me into the world, I am sending them into the world." (NLT) Many of us grew up in the faith with the saying, "In the world but not of it." Some believers form churches that are separatist in nature but scarcely do they escape their own internal carnality. And they fail miserably with respect to the Great Commission. Other believers form churches that seek to integrate with the world but often they become indistinguishable from the world they seek to reach. Paul's words in Romans 12:2 still brim with wisdom: "Do not allow this world to mold you in its own image. Instead, be transformed from the inside out by renewing your mind. As a result, you will be able to discern what God wills and whatever God finds good, pleasing, and complete." (VOICE) May the Lord help us get this right!