The Book of Remembrance

The Book of Remembrance 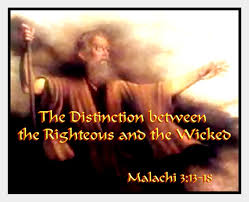 The prophet Malachi was called by God to confront those post-exile Jews who had become complacent in their attitudes and worship. They followed a form of religion, but they were apathetic and the practice of their faith had become half-hearted at best. One point of contention was in the way they spoke about God to each other. Many of the Jews had fallen into a practice of murmuring against the Lord because they saw His dealings with them as harsh and unfair. Malachi rebukes them, but he also provides hope for those who feared the Lord. He promised the faithful that God was paying attention and taking notes. God called them His "treasured possession," and promised that they would be rewarded for their faithfulness.