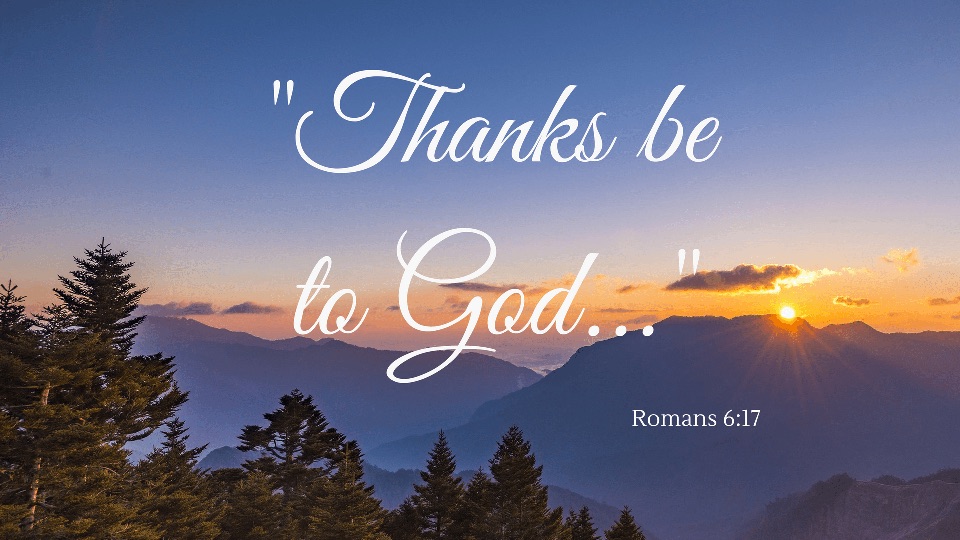 Romans 6:16-17 says: "Don’t you know that when you offer yourselves to someone as obedient slaves, you are slaves of the one you obey--whether you are slaves to sin, which leads to death, or to obedience, which leads to righteousness? But thanks be to God that, though you used to be slaves to sin, you have come to obey from your heart the pattern of teaching that has now claimed your allegiance." (NIV) After the Civil War and slaves were released from their slave-owners' possession, some of them struggled as to what to do with their newfound freedom. It was one thing to exit the bondage of the plantation, but now they had to get the plantation out of their souls. Israel too struggled in the wilderness after their exodus from Egypt, even spurning their manna and craving their old slave rations. So is there hope for us former slaves of sin who were once bound for death? Romans 7:24-25a is more than hopeful when it says: "What a wretched man I am! Who will rescue me from this body that is subject to death? Thanks be to God, who delivers me through Jesus Christ our Lord!" (NIV) Hope for liberation? A thousand times yes! Complete deliverance? Yay and Amen! O' Thanks be to God!