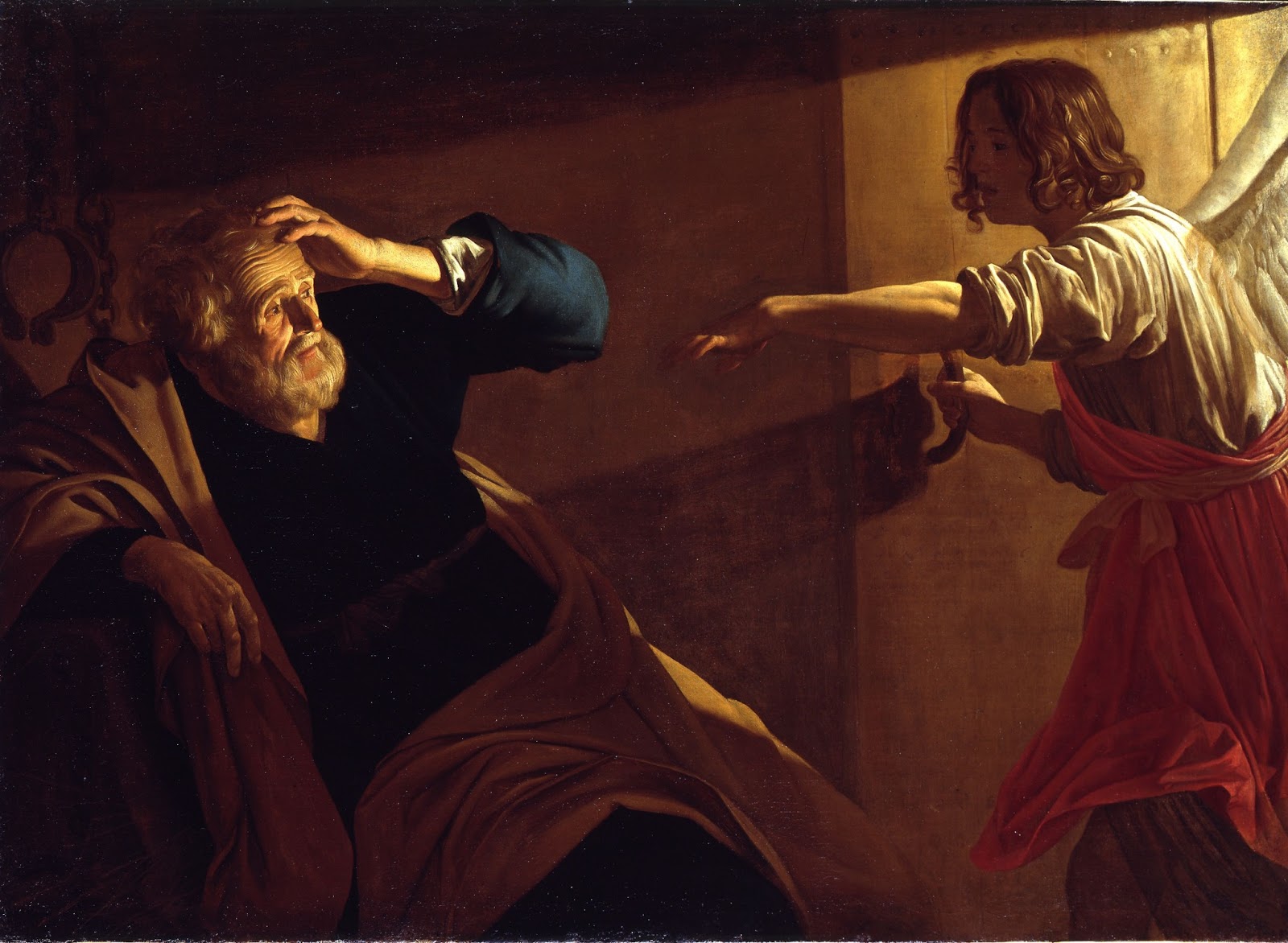 Right after James, son to Zebedee and brother to John, was beheaded by King Herod, the king arrested Peter with plans to do the same. Because a decade earlier God sent an angel to spring the apostles from prison, Herod took no chances and locked Peter in what amounted to a maximum security facility. But believers were earnestly praying all over Jerusalem. (Emphasis on earnestly.) With guards on duty, an angel appears, and puts those guards into something like a supernaturally induced coma. The angel then awakens Peter and ushers him through prison gates that open by themselves. Then the angel vanishes. Peter, shaking off a dreamlike stupor himself, goes to a home where a prayer group is interceding for his release. He pounds on the gate, a servant girl comes, but is so stunned to see Peter, she fails to open the door! She exclaims to the praying folks, 'Peter's at the door!' They say, I't can't be Peter, and besides--can't you see we're trying to have a prayer meeting?!' (Well they didn't exactly say that but it was close.) Finally they realize their earnest prayers have been answered and they receive Peter with astonishment and joy. Some believe the days of miracles have past. Even those who still pray earnestly often do so with low expectations. Maybe it's time for this to change. So what are you earnestly praying for?