Stop the Bleeding, Raise the Dead

Stop the Bleeding, Raise the Dead 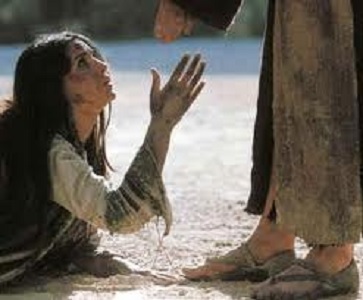 Matthew, Mark, and Luke all tell the story of Jesus healing two people on the same day.  On the way to heal Jairus' daughter (raise her from the dead), a woman with a bleeding malady wades through a swarm of people just to touch the hem of Jesus' garment in order to be healed.  She succeeds.  Jesus feels the power go out of Him, turns and asks who touched Him, and the woman falls trembling at His feet, confessing it was her.  Jesus' tender words to her are profound: “Daughter, your faith has made you well; go in peace.”  The kind words are no more out of His mouth when someone breaks the news that Jairus' daughter has died.  They proceed to a house of wailing people.  Jesus goes into the room where the corpse lies, taking only Peter, James, John, and the young girl's parents.  Jesus merely says: “Child, arise” and her spirit returns.  Mourning turns to dancing.  With respect to the woman with the issue of blood, Jesus came to do the bleeding to stop her bleeding.  And Jesus came to do the bleeding to make us all well forevermore!  "By His stripes we are healed!"  With regards to Jairus' twelve year old daughter, she would eventually die again and her grave is somewhere with us.  Perhaps an obituary was written.  But she died the second time with a sure and certain hope of resurrection unto eternal life in Christ Jesus her Lord.  You can die with that same Hope.  Better still, you can live with that same Hope before you die with it.  As Paul so masterfully wrote to our brothers and sisters in Philippi, "To live is Christ and to die is gain!"