Stones Fly and the Gospel Spreads

Stones Fly and the Gospel Spreads 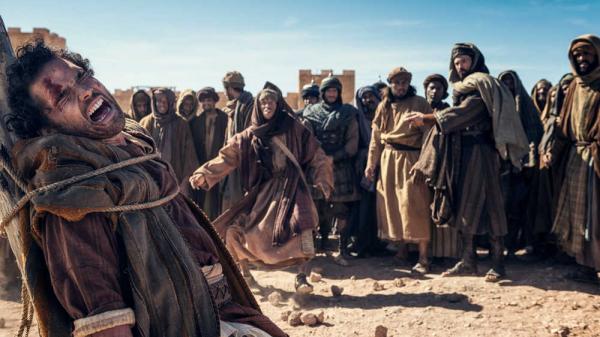 From Pentecost on, the Gospel spread rapidly throughout Jerusalem and God affirmed the Good News with signs and wonders. Along with the Apostles, a man named Stephen was being used mightily by God. Luke writes in Acts 6:8: "And Stephen, full of grace and power, was doing great wonders and signs among the people." (ESV) But fierce opposition rose up against Stephen and he was falsely accused and brought before the Sanhedrin to stand trial. Given the opportunity to speak, Stephen preached through the OT as it pointed forward to Jesus the Messiah. Then Stephen declared: "You stiff-necked people, uncircumcised in heart and ears, you always resist the Holy Spirit. As your fathers did, so do you. Which of the prophets did your fathers not persecute? And they killed those who announced beforehand the coming of the Righteous One, whom you have now betrayed and murdered, you who received the law as delivered by angels and did not keep it.” (Acts 7:51-52 ESV) Filled with utter rage, they rushed upon Stephen, drug him outside the city, and bludgeoned him to death with stones. A young Pharisee stood by approvingly. His name was Saul. He would become a Jewish terrorist and arch enemy of the church, until he encountered Jesus and became the Apostle Paul. The result of this relentless persecution was the spread of the Gospel into Judea, Samaria, and the uttermost parts of the earth. And yes, it's still going strong.