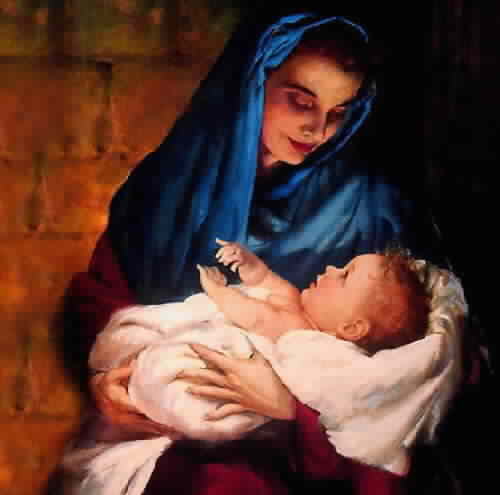 Mary would be the one chosen to tenderly raise God's beloved Son, whom she obediently named, Jesus.  She was the steward of His care from birth to manhood.  She would cradle Him in her arms that first night in the stable as well as when they escaped into Egypt.  She would feed Him His meals, watch Him play with His siblings, and learn how to be a carpenter like His father, Joseph.  When her Son was arrested, tried, and crucified, she most certainly wept helplessly at His feet.  When Jesus commended her to John's care while bleeding on the cross, she would have nodded with loving acceptance.  After He gave up His spirit and they laid Him in a tomb, her grief and despair were undoubtedly overwhelming.  When news broke that her Son had risen from the grave, she would be among those rejoicing the loudest, realizing the Son she bore was Her Messiah and Lord as well.  Mary had long pondered in her heart everything the angel Gabriel said she had been chosen to do.  May we all embrace Mary's response to this awesome charge: “Behold, I am the servant of the Lord; let it be to me according to your word.”