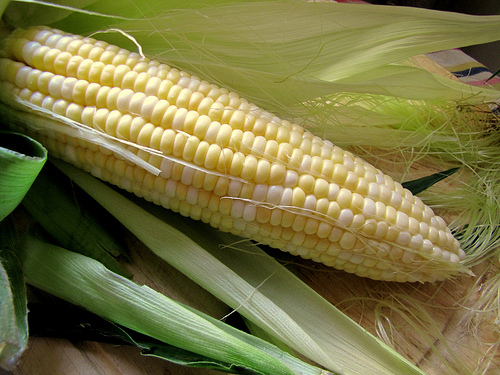 This message addresses the whole issue of buildings (or rather our lack thereof).  Here we explore the Scriptures with respect to what the church is, how it is meant to be an organism vs. a dead institution; how the early church existed successfully despite meeting in multiple venues; and how we have learned to be faithful, effective, and content without having a building of our own. (And yes, some day we may have  one...)
"Shucking Us Down To The Cob" Series Introduction
In the Fall of 2008, Pastor Steve did a series of sermons titled, “Shucking Us Down To The Cob” (a.k.a. The  Cob Series).  The goal of these messages was to convey as well as re-instill what our Distinctives are as a local body of believers.  Anyone wanting to know what Millersport Covenant Church is about--what our modus operandi is, what are core beliefs are, what we believe we are called to be as well as called to do--will find those answers in The Cob Series.  These are messages meant to convey the heart of who we are as a family of  believers.