Peace with God: Despite Trials & Afflictions

Peace with God: Despite Trials & Afflictions 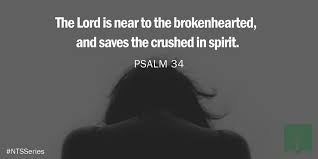 Romans 5:1-5 says: "Therefore, since we have been justified by faith, we have peace with God through our Lord Jesus Christ. Through Him we have also obtained access by faith into this grace in which we stand, and we rejoice in hope of the glory of God. Not only that, but we rejoice in our sufferings, knowing that suffering produces endurance, and endurance produces character, and character produces hope, and hope does not put us to shame, because God's love has been poured into our hearts through the Holy Spirit who has been given to us." (ESV) Jesus said His true followers would come after Him bearing their own crosses. But some insist believers are exempt from suffering. Tell such nonsense to Job or Jeremiah or Paul or the Disciples or all the Martyrs down through history. One third of the Psalms are Laments. Paul wrote five letters while imprisoned. John wrote Revelation while exiled on Patmos. Hebrews 11 lists numerous suffering saints. John Bunyan wrote Pilgrim's Progress while incarcerated. Many great hymns were penned with tears falling on the parchment. The normal Christian life includes many trials and afflictions and these come despite God having made peace with us and we with Him. God's peace does not leave us bereft of suffering and woe; His peace is ours despite suffering and woe. The Prince of Peace has made sure of it!