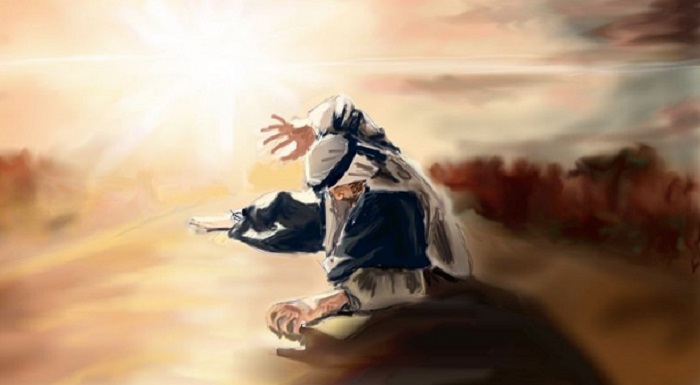 John 19:30 records our Lord's last words on the cross: "When Jesus had received the sour wine, He said, “It is finished,” and He bowed His head and gave up His spirit." (ESV) The single Greek word for the phrase, "It is finished" is tetelestai. It can also be translated, "Paid in full." The debt of our sin, which we could've never paid, was paid in full when Jesus died in our place. Romans 8:1-2 reveals the result of our canceled debt: "So now there is no condemnation for those who belong to Christ Jesus. And because you belong to Him, the power of the life-giving Spirit has freed you from the power of sin that leads to death." (NLT) If that's not Good News, there is none! The Apostle Paul once had a religious pedigree that made him a rising star in the Jewish faith. With great zeal he sought to wipe out those claiming this paid-in-full no condemnation faith in Christ. But then he met Jesus. Jesus made him blind so he could see. See what? That Jesus was making this wayward Pharisee His own. Philippians 3:7-8 let's us know what Paul came to think of his encounter: "But whatever gain I had, I counted as loss for the sake of Christ. Indeed, I count everything as loss because of the surpassing worth of knowing Christ Jesus my Lord. For His sake I have suffered the loss of all things and count them as rubbish, in order that I may gain Christ..." (ESV) Now that's a testimony!