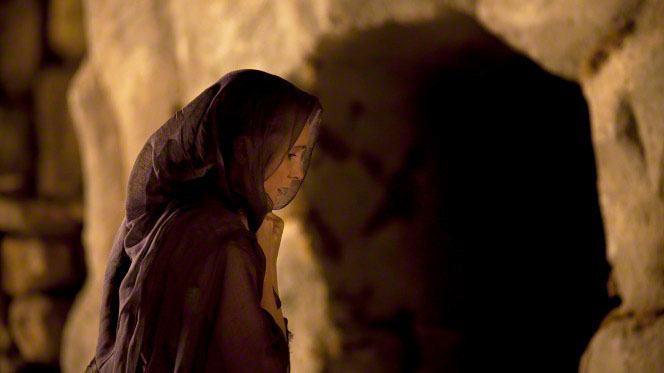 On the Sunday after Jesus' death, a group of women went to the tomb with burial spices to pay their last respects to a Beloved Friend. But instead of finding a corpse, they find an empty tomb and a couple angels. The angels ask, "Why do you seek the living among the dead?" The ladies remain perplexed and run to tell the disciples. Those guys consider the women's story an idle tale (a.k.a. nonsense) and yet Peter and John race to the empty gravesite. Peter goes away marveling. John goes away believing. Believing what? That Jesus was risen from the dead. Despite numerous predictions of His death and resurrection, the truth of Jesus' words never sunk in until they found an empty tomb, angelic affirmation, and the crowning evidence of our Lord's many post-resurrection appearances. The resurrection validates our Lord's deity while pronouncing that His atoning sacrifice was found acceptable. As for the Jews and Romans, they never produced a body. And all save one of those cowardly disciples from a few days earlier died as unwavering martyrs. Meanwhile that tomb is still empty and while this may perplex some, it is no idle tale. Marvel if you want but believing is a whole lot better.