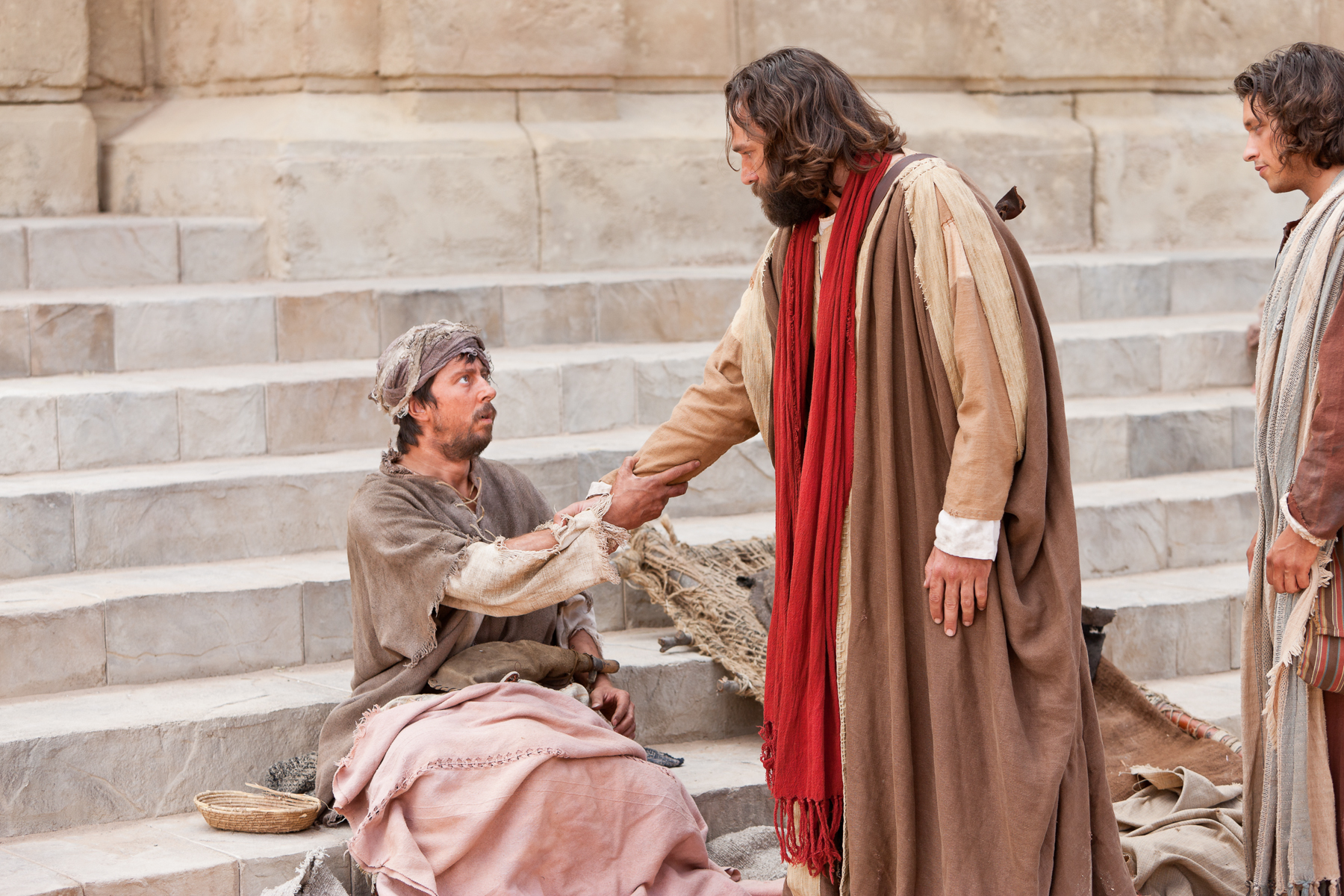 Acts 3 records the account of Peter and John going to the temple to pray. There they encounter a lame man begging for alms. Crippled since birth, Peter fixes his gaze on the man and boldly declares: "Silver and gold have I none; but such as I have give I thee: In the name of Jesus Christ of Nazareth rise up and walk." (Acts 3:6 KJV) Immediately the man jumps to his feet and starts darting about-- walking, and leaping and praising God! The gathering crowd is astonished. Peter seizes the moment to preach the Gospel, his second opportunity since Pentecost. The climax of Peter's message was this: "Repent, then, and turn to God, so that your sins may be wiped out, that times of refreshing may come from the Lord..." (Acts 3:19 NIV) Spiritually we all were born lame. The maker of silver and gold, though He was rich, became poor, that we might inherit the riches of His glory--becoming heirs of His kingdom, even children of the Living God. Walking, and leaping, and praising God are gestures meant for us too, won for us by God the Son. By His stripes we can be healed; by His wounds we can be made whole, by His death He brings us life; because He rose, we too will leave our graves. And so then, in the name of Jesus Christ of Nazareth, let us all rise up and walk!