Jesus-The Resurrection and the Life

Jesus-The Resurrection and the Life 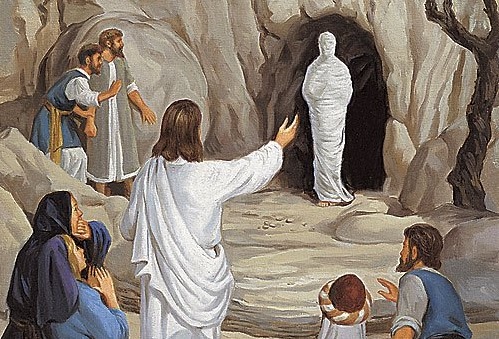 Near the tomb of His deceased friend Lazarus, Jesus said to Lazarus' sister Martha: “I am the resurrection and the life. Whoever believes in Me, though he die, yet shall he live, and everyone who lives and believes in Me shall never die." (John 11:25-26 ESV) Of course Jesus was about to raise Lazarus from the dead. And yet Lazarus would eventually die again. Jesus, however, was more than some prophet who did amazing miracles which included raising some folks from the dead. Jesus was and is THE RESURRECTION and THE LIFE! He is God! The ultimate resurrection He promises is a forever one! "Yet shall he live!" "Shall never die!" What an awesome promise! While death is horrible, the Bible talks more cryptically about the second death or the lake of fire. Those whom Christ, rescues by His own death and resurrection, will not face the second death. May you be among them! As for Lazarus and everyone else who have died in Christ, they ain't seen nothing yet compared to the glorious bliss yet to come!