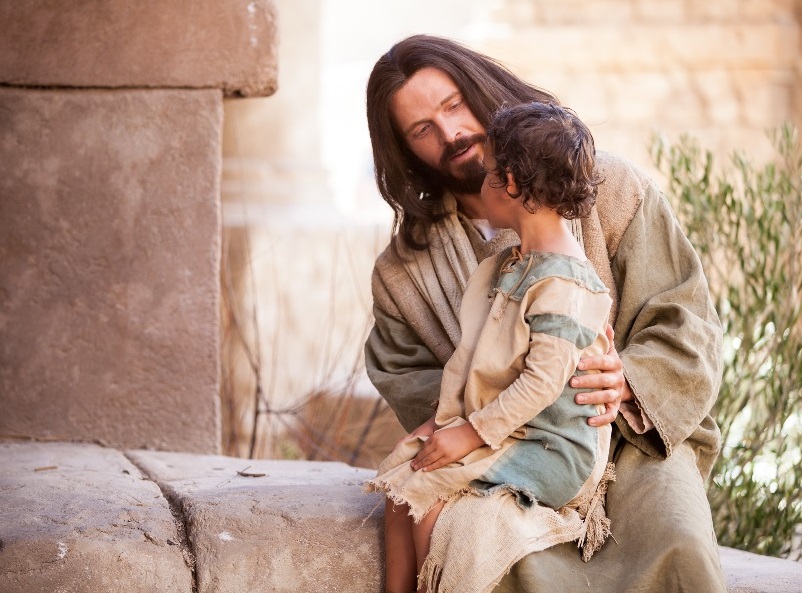 The old saying, "Children are to be seen and not heard" isn't in the Bible and its sentiments were certainly not shared by Jesus.  When the disciples were caught arguing about who would be the greatest in the kingdom of heaven, Jesus pulled a child into the conversation to convey that they wouldn't see the kingdom let alone enter it unless they became like little children.  In Matthew 18:5-6 Jesus says: “Whoever receives one such child in My name receives Me, but whoever causes one of these little ones who believe in Me to sin (i.e. stumble), it would be better for him to have a great millstone fastened around his neck and to be drowned in the depth of the sea." (ESV)  Presumably most of us want to avoid the millstone scenario altogether.  How can we cause children to stumble?  By abuse and neglect, certainly.  By instilling evil ways.  We can also trip up children by idolizing them.  We can destroy children by putting them in cages or on pedestals.  The bigger question is, how do we become children of God?  John 1:12-13 says: "But to all who did receive Him, who believed in His name, He gave the right to become children of God, who were born, not of blood nor of the will of the flesh nor of the will of man, but of God." (ESV)