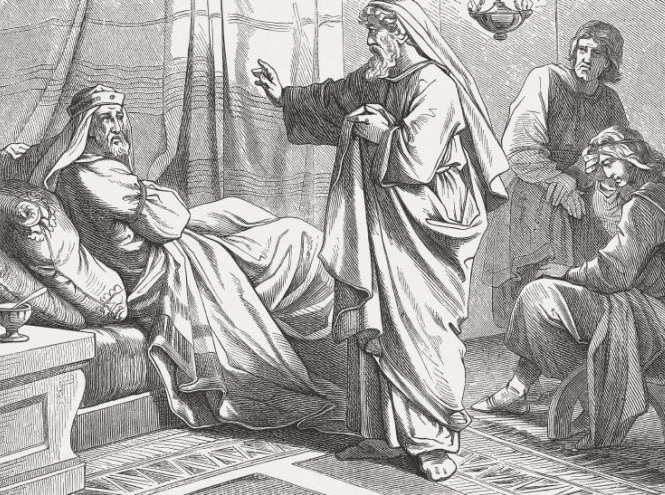 Three different books in the Bible document the reign of King Hezekiah, eleven chapters total. He's ranks as one of the few good kings. But Hezekiah was also a man with flaws. Pride, selfishness, double mindedness, and imprudence would lead Hezekiah to make some unwise decisions that would negatively impact his nation's future. At the age of thirty-eight or thirty-nine, prior to or during the invasion of Assyria, Hezekiah found himself on his deathbed. God sent Isaiah to break the fatal news. The prophet delivers God's word then departs. But before Isaiah clears the palace premises, God speaks again, this time a word of recovery. What happened? Hezekiah cried out to God with tears. Some versions say, "He wept sore!" Yet another says, "Hezekiah weepeth--a great weeping!" And God heard and gave Hezekiah fifteen more years! The truth is, we were all born with a terminal disease--it's called sin. There are no self cures. But there is a remedy--His name is Jesus! Isaiah 53:5 is the prescription for the cure: "But He was pierced for our transgressions; He was crushed for our iniquities; upon Him was the chastisement that brought us peace, and with His wounds we are healed." (ESV) This remedy proves better than adding a few more years, it stretches throughout all eternity!