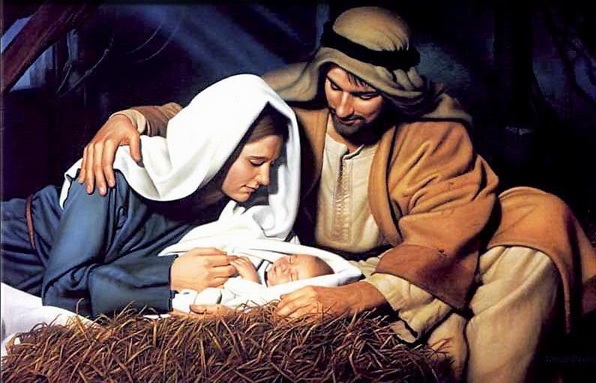 John 1:1-3 & 14 (ESV) says: "In the beginning was the Word, and the Word was with God, and the Word was God. He was in the beginning with God. All things were made through Him, and without Him was not any thing made that was made...And the Word became flesh and dwelt among us, and we have seen His glory, glory as of the only Son from the Father, full of grace and truth." The miracles of Jesus certainly affirmed His Divinity. But we dare not forget that little Baby, born in a stable. As a Boy He ran and played and skinned His knees. As a Carpenter He surely got callouses and splinters. After fasting 40 days in the desert, He was hungry. When He showed up at the Sychar well, He was exhausted and thirsty. Near the tomb of His friend Lazarus, He wept. In Gethsemane He sweat blood--His soul overcome with deep sorrow. When they whipped His back raw, He felt the pain and bled. When they crowned Him with thorns, He bled. When they nailed His hands and feet to the cross, He bled. The same when they pierced His side. He labored for every breath on the cross just to speak. Why would God the Son become a man? Atonement for our sins, according to the law, required the sacrifice of a Lamb without spot or blemish. Jesus was that Lamb. God the Son became the Son of Man in order die for our sins, restore us to God, and make us His own!