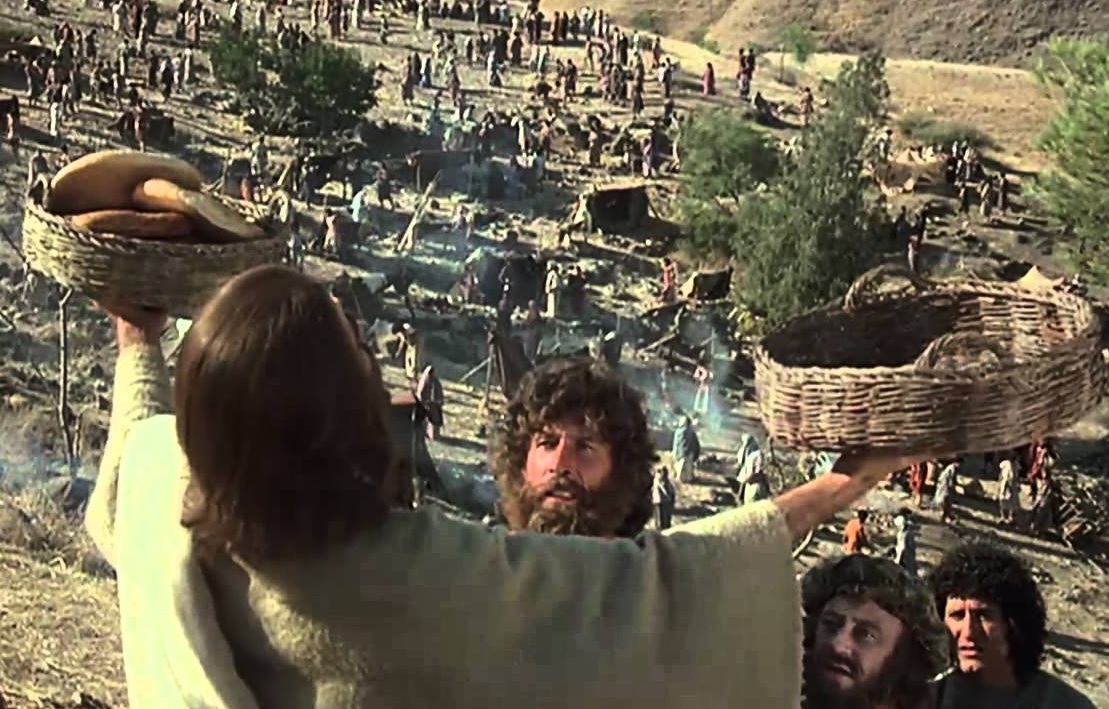 At some point during His earthly ministry, Jesus sent out His disciples to proclaim the good news of the Kingdom, heal the sick, and cast out demons.  Two by two, the disciples got to put into practice what they had seen Jesus doing.  Being conduits of God's power must have been an incredible experience.  We can only imagine what it was like when they returned and gave their respective accounts to Jesus.  Afterwards He took His disciples to a place near Bethsaida, the hometown of several of these brothers.  Soon they were joined by a sizable crowd wanting to see Jesus.  Luke 9:11b records: "He welcomed them and spoke to them of the kingdom of God and cured those who had need of healing."  But then as evening approached and stomachs began to growl, it became apparent that there were perhaps as many as 20,000 hungry people standing before them.  Five loaves of bread and two small fish, offered by a boy, was all that was available.  For Jesus that was enough.  Our Lord gave thanks, broke the bread, and then had His disciples distribute the food to the masses.  They ate as much as they wanted and twelve baskets of leftovers were collected.  While many scholars believe this is the largest crowd Jesus ever ministered to, the truth is this miracle is still having an impact 2,000 years later.  John 20:31 tells us why miracles were recorded in God's Word: "But these are written that you may believe that Jesus is the Christ, the Son of God, and that by believing you may have life in His name."