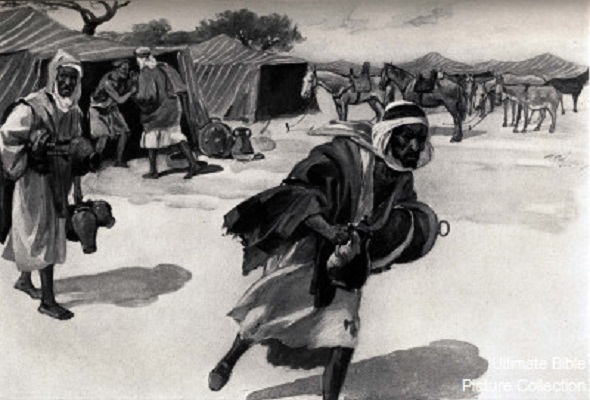 King Joram and the city of Samaria are under siege by the Syrians.  The inherent famine has led to horrific conditions with people resorting to eating donkey heads and dove's dung, not to mention a sickening account of cannibalism.  Failing to see his nation's rebellion, disobedience, and idolatry, the king blames God and specifically God's prophet, Elisha.  Despite the king's rage and Israel's plight, Elisha prophecies that intervention will come "by this time tomorrow."  The king's captain mocks the word and pays with his life the next day.  Meanwhile four lepers at Samaria's gate face a trilemma: stay where they are and die; enter the city and die; or surrender to the Syrians and maybe live.  They choose the latter.  By doing so, they discover the remarkable reality of God's sovereign deliverance and become heralds of this very good news.  We too have been commissioned as heralds of Good News and our message is a far far greater one.