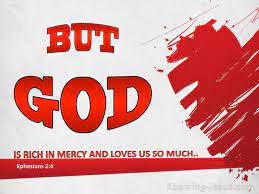 Acts 14:3-7 tells of Barnabas and Paul's first missionary journey as they traversed through Asia Minor: "So they remained for a long time, speaking boldly for the Lord, who bore witness to the word of His grace, granting signs and wonders to be done by their hands. But the people of the city were divided; some sided with the Jews and some with the apostles. When an attempt was made by both Gentiles and Jews, with their rulers, to mistreat them and to stone them, they learned of it and fled to Lystra and Derbe, cities of Lycaonia, and to the surrounding country, and there they continued to preach the gospel." (ESV) Reading on through the chapter we learn that Jews turned the crowd in Lystra against the brothers, stoned Paul, and left him for dead. Except he wasn't. And he and Barnabas traveled on, preaching the Good News about Jesus wherever they went, and all this under the threat of death. We now, like Paul & Barnabas, have been given the task of bearing witness to this Word of His Grace, sharing the same Good News. And while we may not face stones (though no violent acts these days should ever be ruled out) we may face public ridicule and rejection in increasing measure. Jesus promised we'd face persecution. And when the disciples did, they endured it joyfully. Their bruises were badges. Their scars were like trophies. And may the same be said of us if the same lot falls to us...